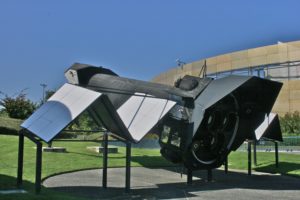 Cutting-edge paper by Professor George Fraser — who tragically died in March this year — and colleagues at the University of Leicester provides first potential indication of direct detection of Dark Matter — something that has been a mystery in physics for over 30 years.

Space scientists at the University of Leicester have detected a curious signal in the X-ray sky — one that provides a tantalising insight into the nature of mysterious Dark Matter.

The Leicester team has found what appears to be a signature of ‘axions’, predicted ‘Dark Matter’ particle candidates — something that has been a puzzle to science for years.

In a study being published on Monday 20 October in the Monthly Notices of the Royal Astronomical Society, the University of Leicester scientists describe their finding of a signal which has no conventional explanation.

As first author Professor George Fraser, who sadly died in March of this year, wrote: “The direct detection of dark matter has preoccupied Physics for over thirty years.” Dark Matter, a kind of invisible mass of unknown origin, cannot be seen directly with telescopes, but is instead inferred from its gravitational effects on ordinary matter and on light. Dark Matter is believed to make up 85% Continue Reading…