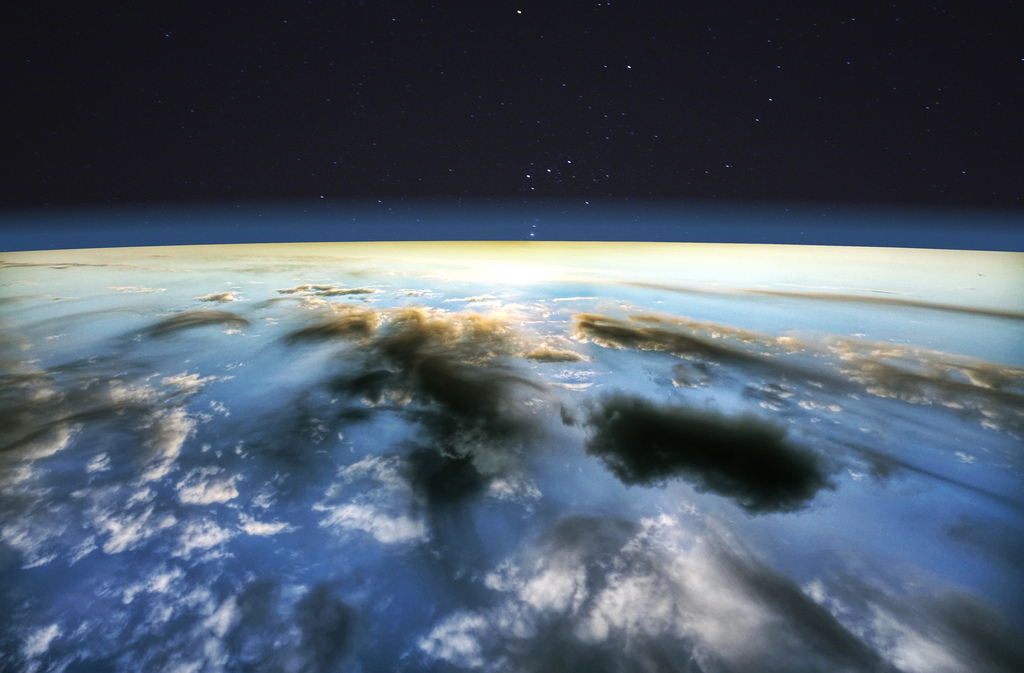 Small red stars, known by astronomers as “M-dwarfs”, are the most abundant type of star in the sky and are also the most long-lived of all stars. This means there are plenty nearby of M-dwarfs to search for possible habitable planets, and many current and planned exoplanet surveys emphasize the search for potential worlds orbiting within the habitable zone of these low-mass stars. Astrobiologists often use the term “habitability” to indicate a planet’s ability to sustain liquid water on its surface, thereby providing conditions where life might be able to develop and thrive. The corresponding “habitable zone” describes the range of orbital distances that can support these clement conditions and not lose the water to a rapid runaway greenhouse (from too close an orbit) or a cool condensing atmosphere (from too far an orbit).

The problem with planets orbiting M-dwarfs is that they are prone to fall into “synchronous rotation” so that one side of the planet always faces the star, while the other side remains in perpetual darkness. Synchronous rotation can occur as a result of tidal forces from gravitational interactions between two orbiting bodies (Earth’s moon is an example of an object in synchronous rotation, so that we only Continue Reading…